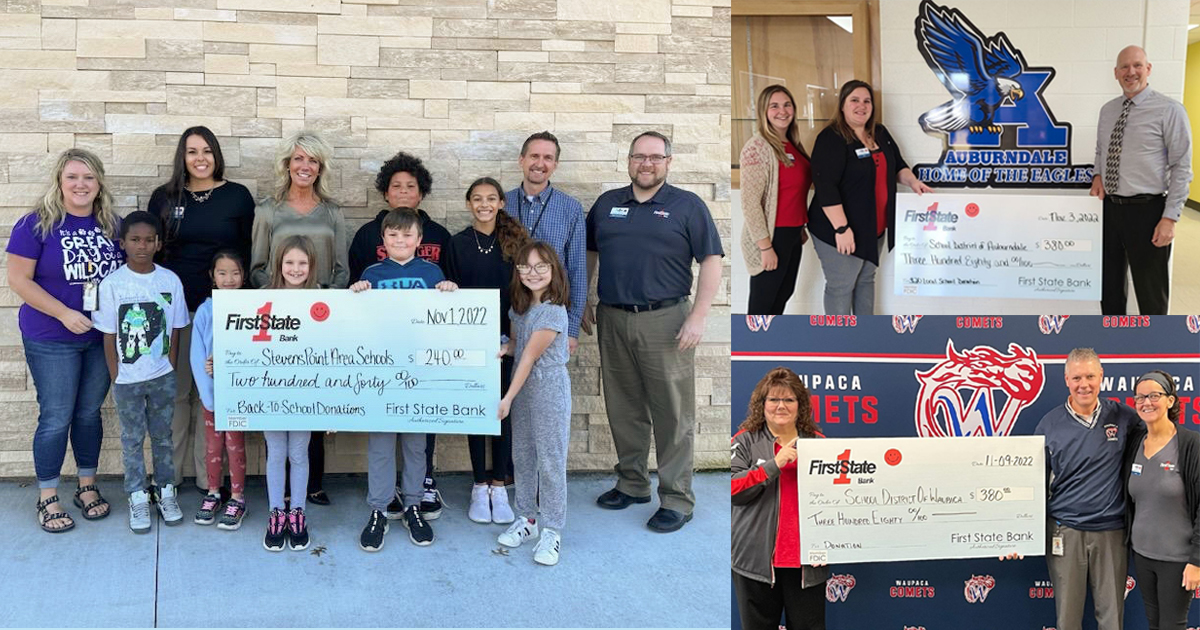 We are pleased to announce that our $20 Local School Donation Challenge exceeded last year’s total! With every new deposit account and loan opened from August 22 through October 9, First State Bank pledged a $20 donation to a local school district or school located in or neighboring a community where First State Bank is located, as selected by the customer.

With 238 accounts and loans opened across our offices, First State Bank donated $4,760 to our local schools for funds to be used in the classroom or for other special projects, as follows: