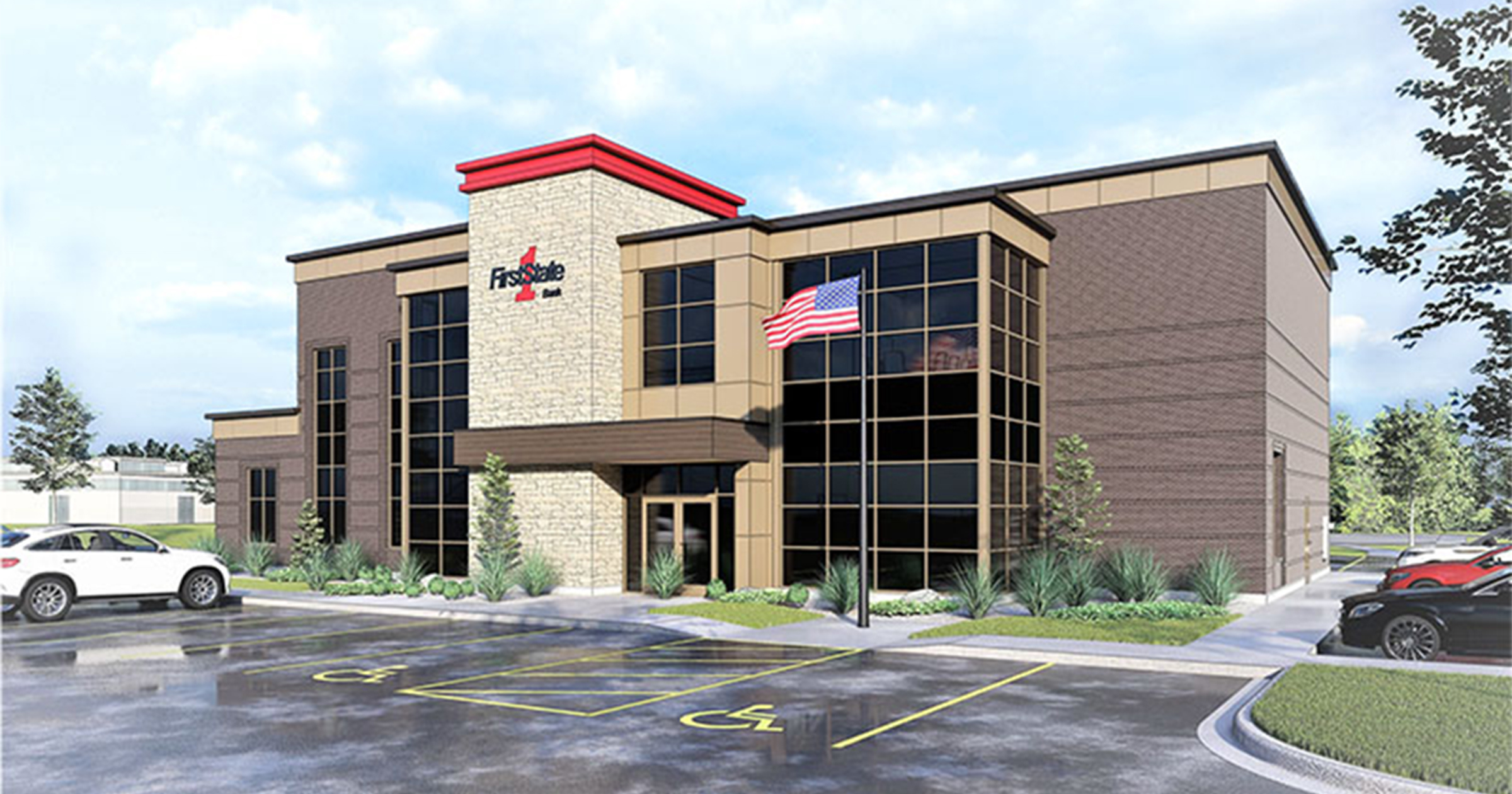 It has been an exciting day for First State Bank and our New London community!! During a joint news conference this morning with the New London Public Library, New London Public Museum, and the City of New London, we announced plans for First State Bank's new corporate headquarters in downtown New London. This office will be located in the area of the bank’s current drive-up facility to the green space along Waupaca Street, and combines our lobby, drive-up, and local operations into a one facility. We expect to break ground this summer with an opening in spring 2023.

We were also proud to announce the donation of our current New London office building on W. North Water Street to the New London Public Library. With this donation, the library will shift from its plan to build a separate library annex along with maintaining the current library facility. Instead, the library will redevelop the two floors of the bank building incorporating all current library services and new community spaces in a significantly larger, 26,000 square-foot facility. Renovations are expected to begin after the bank has moved into its new office with the hope that the new library would open in late 2023.

As if this wasn't exciting enough, New London Public Library and Museum Board President, Ginny Schlais, shared that with the library's move, the museum will be able to expand fully into the historic buildings on Pearl Street. The museum has a significant amount of planning to do over the next couple of years to make this happen. At the earliest, a phase of work would begin in 2024 after the library has relocated.

Thank you to the New London Public Library and Museum Board, Library, Museum, and City for working with us to move all of these fantastic developments forward. We are proud to renew our commitment to New London and it's downtown!